This silent killer is destroying our planet. And (almost) nobody talks about it. 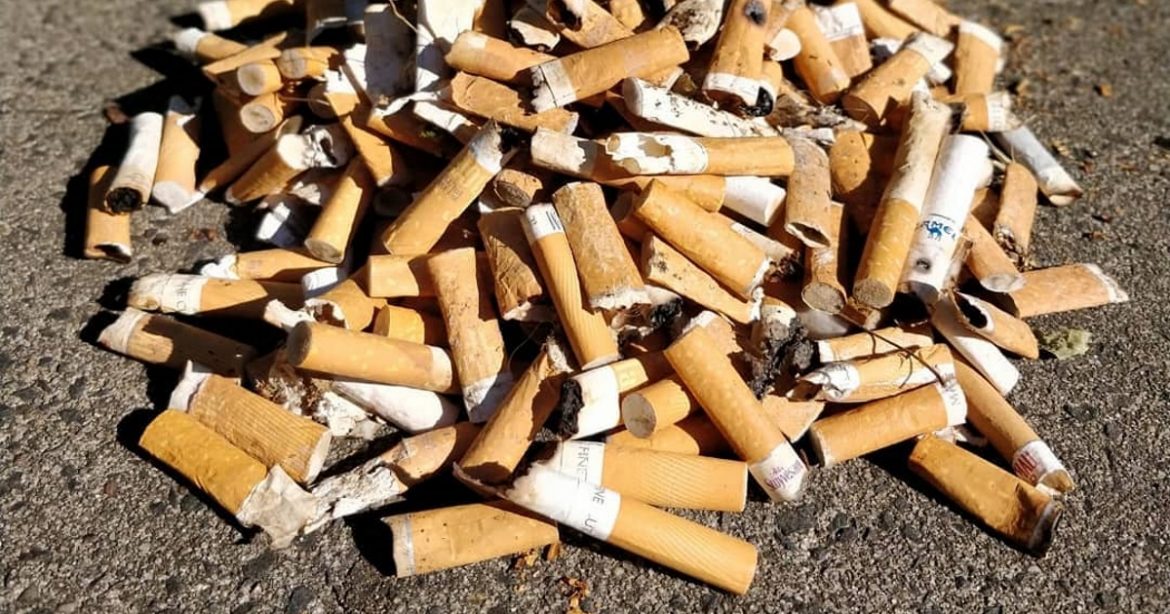 The days where we could play stupid are over: everyday all of us are confronted with a weird mix of both hopeful and alarming messages about the future of our planet.

We should fly less. Switch to other forms of energy. Boosting a plant based diet significantly reduces our CO2 emissions. Second-hand clothing stores are flourishing because we ignore fast fashion brands and we attempt to make our wardrobe more sustainable.

Surprisingly, there is one word that I hardly ever hear in the discussion about climate change, global warming and the loss of biodiversity.

I’m talking about … The cigarette.

We all know that smoking is unhealthy for your body. But there is another damage that the “torch of freedom” – cigarettes were promoted like that in the 1920s and 1930s – is causing. The damage to our planet. Because this assassin kills more than just the lungs of smokers. Much more. Instead of “torch of freedom”, “stick of destruction” seems more appropriate to me.

We read about the rain forest in Indonesia that is disappearing due to the high demand for palm oil. The Brazilian Amazon must give way to soy, livestock and mining. The tobacco industry has a significant share in global deforestation and yet you hardly hear anything about it.

The deforestation caused by the tobacco industry has two major reasons. On the one hand, trees are cut down to make room for the tobacco plantations, just as it does when growing soy or keeping livestock. But there is another important component in the tobacco industry that drives deforestation: trees are needed for “curating”, or drying, the tobacco leaves. A huge amount of wood is burned during this process. Although not all leaves are dried in this way – there are also techniques that make use of the sun – an estimated 11.4 million tonnes of wood is consumed annually during this process.

That means cutting down 1 tree per 300 cigarettes.

And this is just for the production of the tobacco, we’re not even talking about the trees that are cut down for the paper to roll the cigarettes and to make the packaging.

A large part of the tobacco plantations are located in Brazil, Asia and Africa. In China, the tobacco industry is responsible for 18% of total deforestation. To make cigarettes, 16,000 hectares of forest per year disappear there. This can be compared to around 24,000 football fields. And in the Miombo ecosystem – a forest area of 2.4 million hectares that spans Angola, Botswana, Burundi, Democratic Republic of Congo, Malawi, Mozambique, Namibia, Tanzania, Zambia and Zimbabwe – no less than half of the annual deforestation is attributed to the tobacco industry.

These figures come from a large-scale study by the WHO (World Health Organization) in 2017. The complete report can be found here.

Tobacco is often grown as a monocrop. This means that there is no rotation with other crops, which makes the soil and plant more vulnerable to diseases and pests. In order to “protect” the crops many chemical pesticides are used. Goodbye biodiversity in areas where tobacco is grown. In addition, the toxic substances sprayed on the plants, combined with the lack of protective work clothing and unsafe working conditions, have a harmful effect on the health of tobacco farmers. Research in Kenya, for example, showed signs of pesticide poisoning in more than a quarter of the plantation workers participating in the studies.

Cigarette butts are huge polluters. A shocking 4.5 trillion (that is 4,500,000,000,000) per year end up in nature. That is about 75% of the total number of cigarettes sold. At beach cleanups it is always the butts that claim the number 1 position on the list of most found items. A round of less than 15 minutes in my own neighborhood already yielded 283 butts and at the beach cleanup that I recently organized together with Groen met Saar we removed more than 3,000 butts from the beach with a group of fantastic volunteers in just 45 minutes.

Many people mistakenly think that a cigarette consists of cotton and paper. Nothing could be further from the truth. The filter of a cigarette is made from, among other things, cellulose acetate, in other words: plastic. In addition, many filters also contain arsenic (rat poison!), lead and pesticides. As soon as a filter falls apart (for example because it comes into contact with water), those chemicals seep into the water or the soil. One cigarette butt is big enough to contaminate 8 liters (or 2.11 gallons)!

It is not only the chemicals that pose a danger to life in our waters. Animals (and even small children) run the risk of suffocating in the butts or becoming ill because they (accidentally) eat them.

Time to battle against this silent killer! What can you do to take action for a world free of cigarette butts?

This is how much your jeans should really cost…