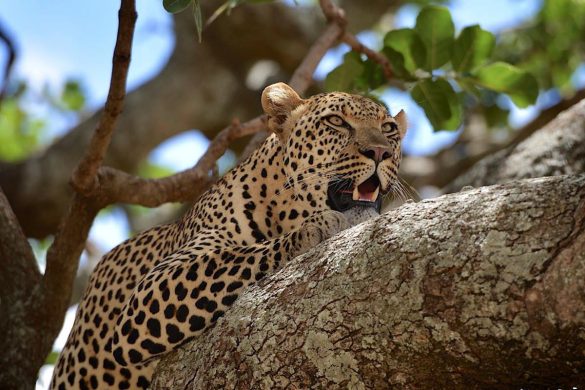 Ecosystems have the unbelievable power to restore themselves, even if they are on the brink of extinction.

All it takes is time and a group of amazing, dedicated people who refuse to believe it’s too late to make a positive change.

These 8 stories show you that those people exist. And that nature is incredibly resilient.

When botanist Hugh Wilson proposed to regenerate farmland into native forest, people weren’t just simply skeptical, they got angry and called him a fool. But determined to make a change, Hugh carried on with his project.

Thirty years later, he oversees 1500 hectares of native forest in the Hinewai Nature Reserve on New Zealand’s Banks Peninsula. Wildlife is flourishing and 47 known waterfalls are in permanent flow.

He’s no longer considered a fool, but a hero.

You can watch the full documentary here.

All of the wildlife in Majete’s National Park (Malawi) had been hunted out.

Elephants. Rhinos. Lions. Buffalo. Warthog. They were all gone. So were the tourists.

But in 2003, the park became part of a monumental restoration project. The wasteland was gradually brought back to life, thanks to an intense cooperation between the NGO African Parks and local communities. The ongoing efforts caused the return of thousands of animals. At the same time it generated hundreds of sustainable jobs for local communities.

The once completely depleted area is now a Big Five reserve and Malawi’s premier wildlife destination!

Red-and-green macaws once abounded in northern Argentina. But extinction silenced their sounds and erased their astonishing colors from the Iberá Park. The wonderful work of Rewilding Argentina reintroduced this beautiful seed disperser, which plays a vital role in the wetlands ecosystem.

And now, for the first time in 150 years, the eggs laid by a reintroduced couple hatched.

Jadav Payeng – better known as “Forest Man” – was 16 years old when he planted his first tree. And continues to do so for already 35 years. So far, he has created 1360 acres of dense forest, where even elephants and tigers roam freely.

Jadav – who calls his trees ‘sons and daughters who all live together peacefully’ – is a remarkable example of a deep connection with nature.

Lélia Deluiz Wanick Salgado and her husband, renowned photographer Sebastião Salgado, are the living proof of the positive impact a small group of dedicated people can have. Only 0.5% of their land was covered in trees when they started their ambitious reforestation project. What used to be a tropical paradise once, was degraded and depleted of wildlife. Two decades later, they have replanted over 2 million trees and insects, birds and fish have returned.

The first time John D Liu visited the Loess Plateau in China was in 1995. He kept returning year after year to document the incredible change that was made to the degraded area. By compensating farmers NOT to farm and controlling their livestock to ecologically responsible levels, the case of the Loess Plateau shows how local communities can benefit from ecosystem restoration.

After Maya Bay was used as the location for Leonardo DiCaprio’s movie The Beach mass tourism took over.

The consequences were devastating for the crown jewel of the Thai Phi Phi islands.

Thai authorities shut down the iconic strip of powdery white sand in June 2018 to give nature got a much needed rest. Coral reef seems to recover (although it will still take decades before it reaches maturity) and blacktip reef sharks have returned.

Although rumour has it that the beach will reopen in June 2021, the National Parks Department is reviewing the situation every 3 months. Nature will get as much time as needed to heal and no more than 1,200 visitors a day will be allowed – instead of the estimated 5,000 it received before the shutdown – in order to make a transition towards sustainable tourism.

Twenty years ago Yi Jiefang lost her son in a car accident. She decided to devote her life to make her son’s dream come true: planting trees in the desert of Inner Mongolia. The project has transformed from a tribute to her child to an important campaign to raise awareness of the ongoing land degradation all over China.

These inspiring stories about nature bouncing back not only prove that there is still hope for the Earth and all living beings on this planet, they also show that all it takes to make a positive change is one person.

Why wouldn’t that person be you?

What is Buy Nothing Day and why should you care?

What is Earth Overshoot Day and why should you care?

The #CleanPlanetBingo card: how many of these items...