Scientists say we can restore the ocean within 30 years. Here’s how you can help. 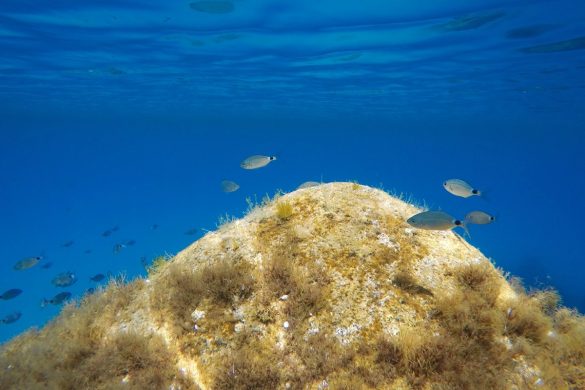 But, studies show that, if we take action, we are still on time to restore this magnificent ecosystem, within 30 years.

Humpback whale populations are making a comeback after being devastated for years by commercial haunting. And recent studies showed that corals are striving to recover from bleaching.

So, let’s dive into it and see how you and I, together, can contribute to the protection of the ocean and by doing that, protect ourselves. This list of 9 actions will help you get started.

This seems like stating the obvious, but according to research of the Fish Forward Project, each person eats on average 19.2kg of fish a year, which is around twice as much as 50 years ago! If we do not change our diet, by 2048 there won’t be any fish left in the sea. So boost up your plant based diet!

2. If you eat fish, make sure it’s caught in a sustainable way

Not only the amount of fish we consume is a threat to the ocean, irresponsible fishing practices highly contribute to this issue as well. Next to overfishing, the ocean is suffering from:

If you want to make sure that the fish you consume is caught in a sustainable way, check for the Blue Fish Label of the Marine Stewardship Council.

3. Reduce your amount of plastic

More than 8 million tons of plastic is dumped into our oceans each year. Even if you aren’t living at the coast, your plastic is likely to end up in the ocean. Waste on land often ends up in rivers, which then carry the waste to the ocean. So no matter where you live, reducing your amount of plastic, will help conserve the ocean! Check out pages such as Zero Waste Home or Trash is for Tossers for useful tips.

4. Participate in or host your own beach clean-up

Reducing your amount of trash is the first step towards a healthy ocean. Unfortunately, a lot of garbage still ends up at beaches. Following the “it’s not my trash, but it is my planet” motto, participating in or hosting a beach clean-up can make a big difference. My Happy Footprint hosted one last year, where we specifically focused on cigarettes and it took us less than 45 minutes to gather 3.000 cigarette butts. If you have any doubts about whether a clean beach can boost marine life, take a look at this amazing video of the largest beach clean-up ever.

5. Support the reduction of fossil fuels

Oil spills have been one of the biggest concerns of the marine world. They are catastrophic to marine wildlife. The BP Oil Spill, considered to be the largest oil spill in the petroleum industry’s history, took the life of over 82,000 birds, 25,900 marine mammals, 6,000 sea turtles and tens of thousands of fish, among others, according to the Centre for Biological Diversity.

Even without oil spills, fossil fuels have a negative impact on ocean life. Oil drilling – and other noises caused by for instance commercial ships  – make it harder for marine life to feed, reproduce and interact.

Although it’s impossible to eliminate the use of fossil fuels overnight, and you might think your power as a citizen is limited, there are many things that you can do to switch towards a world where large scale drilling into our ocean to extract fossil fuels is no longer necessary:

There are many amazing documentaries and books available about the importance of the ocean and about the impact of human actions. I highly recommend watching Mission Blue, Chasing Coral and A Plastic Ocean, all available on Netflix.

Coral reefs play a crucial role in the ocean: from water filtration and fish reproduction to shore line protection and erosion prevention. Coral reefs aren’t just stunningly beautiful to see, they are essential for the ocean ecosystem and thus for life on the entire planet.

Oxybenzone and octinoxate are two ingredients that are commonly found in sunscreens that are believed to contribute to coral bleaching (although there are many more ingredients that seem to be toxic to marine life). By choosing a reef-friendly sunscreen, you can help to battle the stress put on coral reefs. Brands such as Tropic Skincare, Kokua Sun Care, Raw Elements, Suntegrity and Amazinc are offering alternatives that protect both your skin and the ocean.

8. Contribute to a hope spot

If you have watched Mission Blue, the beautiful documentary about ocean pioneer Sylvia Earle, you are probably familiar with the term “hope spots”. Hope Spots are special places that are scientifically identified as critical to the health of the ocean. In 2014, when the documentary was launched, only 1% of the ocean was protected in some way or another. Currently, that’s 6%. Although this is still less than the 12% of protected areas on land, it’s a sign of hope for the future. By supporting Misson Blue, by learning more about one of the hope spots or by even nominating one yourself, you can contribute to an important mission to protect the health of the ocean.

9. Support organizations that take care of the ocean

There are numerous organizations out there that put all their time and energy into conserving the ocean. Here’s a (uncomplete) list of organizations doing an amazing job:

Founded in 1972, Ocean Conservancy is a Washington, D.C. based leading advocacy group working for the protection of special marine habitats, the restoration of sustainable fisheries and most importantly, for reducing the human impact on ocean ecosystems.

Surfrider Foundation is a grassroots non-profit environmental organisation dedicated to the protection of oceans and beaches around the world. This Californian-based group acts on issues such as water quality, plastic pollution, beach access, coastal preservation and sustaining marine and coastal ecosystems.

Oceana is another Washington D.C based ocean conservation and advocacy organisation committed to save and restore oceans through targeted policy campaigns. Founded in 2001, Oceana is the largest international advocacy organization exclusively working for the conservation of ocean.

Sea Shepherd Conservation Society is a Washington-based marine conservation organization with direct action tactics to save the oceans.

Sea Shepherd Conservation Society carries out operations that involve direct, non-lethal tactics including scuttling and disabling whaling vessels, intervening in seal hunts and throwing bottles of foul-smelling butyric acid onto whaling vessels at sea, among others.

Take 3- A Clean Beach Initiative is an Australia based non-profit organisation focussing on the reduction plastic pollution in the oceans and beaches.

In the effort to protect our oceans, the Save Our Seas Foundation funds and supports research, conservation and education projects worldwide, focusing primarily on charismatic threatened wildlife and their habitats.

SHARKPROJECT is an organisation dedicated to the protection of sharks and, in accordance with the articles of association, acts in the interests of the more than 500 species of sharks and their environment, the marine ecosystem.

Formed in 2002 SHARKPROJECT has grown into one of the largest and most effective organisations in the world.

A national leader in providing resources and opportunities to bring citizens who care about the health of our coasts and ocean into the decision making process.

Save the Whales was founded in 1977 when Maris Sidenstecker was 14 years old, and focuses on educating the public, especially children, about marine mammals and the fragile ocean environment.

Save the Whales believes children, the future of the planet, need to be empowered and know that their actions can promote change. Education is the key to saving whales, oceans, and ourselves

The largest clean up in history. They aim to clean up 90% of ocean plastic pollution. To achieve this objective, The Ocean Cleanup works on a combination of closing the source and cleaning up what has already accumulated in the ocean and doesn’t go away by itself.

It doesn’t matter whether you live in a coastal city, on an island, or miles away from the sea, each action that you take will help to restore the ocean’s former glory!

Am I a climate hypocrite?

Whale poop: the unexpected fuel to save our oceans?