Giant plastic whale in the canals of Utrecht 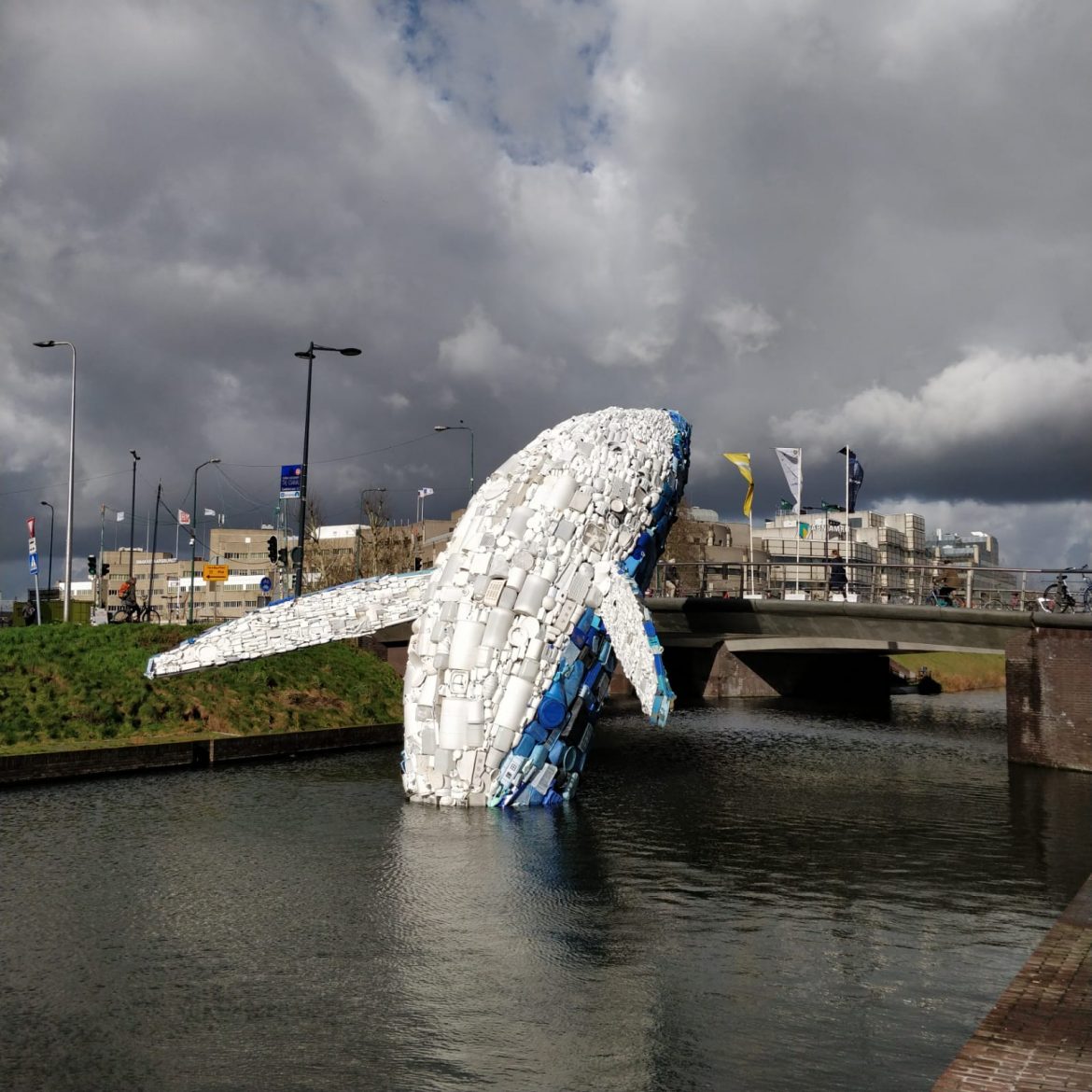 Last week, I was in Utrecht at the ASN Bank. I arrived a bit earlier at the train station, so Gabi – who worked from SLA that morning – and I took a walk next to the canals of Utrecht. That’s where we spotted the 11-meter tall whale that has been swimming in the Catherijnesingel for the past 2 months. That’s right, a whale in the canals of Utrecht!

It’s no ordinary whale. The animal is made of plastic rescued from the ocean. From kitchen supplies to fans and even a complete drum kit from the seventies. It’s impressive and terrifying at the same time to realize that so much plastic is floating in the ocean for so many years.

Tip: do you want to know more about the impact of plastic in the ocean? Watch the documentary “A plastic ocean” on Netflix

The whale, carrying the name “Skyscraper (The Bruges Whale)” was designed by the New York studio StudioKCA. After the first exhibition in Bruges, professor Marleen van Rijswijck organized the transfer to Utrecht.

It’s no news that there is a lot of plastic floating around in our oceans. The designers of the Skyscraper wanted to visualize the impact of humans on the ocean. They used 5 tons of plastic to create the artwork.

We dump 8 million tons of plastic into the ocean each year. We could construct 19 life-size empire state building from that.

The whale will stay for another 4 months in Utrecht and after that it will travel to other cities like Paris and Tokio.

Have you been in Utrecht recently and did you spot the whale? Did it change your mind about our impact on the ocean? It sure made me think and realize I want to do even more to reduce the amount of plastic I use. Follow My Happy Footprint on Instagram for tips and tricks.